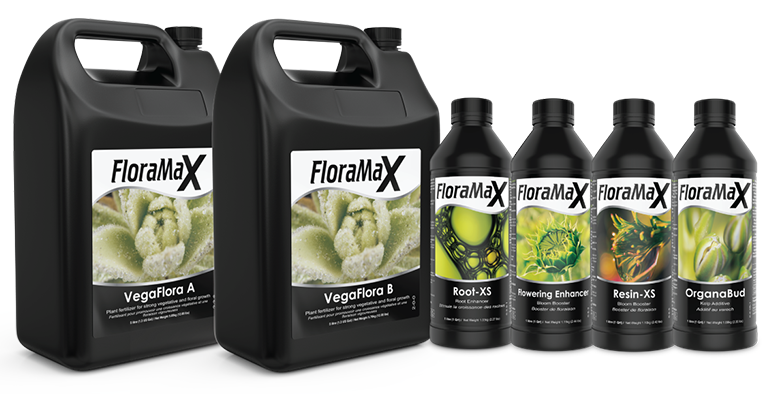 FloraMax was conceived from analytical chemists who had specialized in water chemistry, agriculture and hydroponics since 1966. In 1992 they began to manufacture crop-specific nutrients – which eventually led to the formation of FloraMax. FloraMax nutrients were developed to take advantage of the latest technologies in plant biochemistry designed to improve performance in areas such as trichome and root development, pH control and nutrient stability. The benefit to growers is faster and enhanced growth, more valuable yields, and significant improvements in ease-of-use. The products were developed using intensive feedback from a “developer” base of over 50 commercial growers.

‘’FloraMax makes even the beginner look like a professional!’’